A couple weeks ago, Poey Chin and I celebrated our fifth wedding anniversary at Chicago’s One Utama.

We were there for lunch on a weekday, and chose a booth near this sign. The place was empty because we were early. 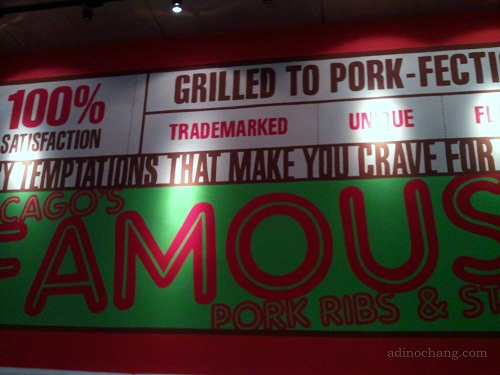 They had a set lunch promotion, and comes with free bottomless drinks and soup of the day.

On that day, they served vegetable soup with beef cubes. 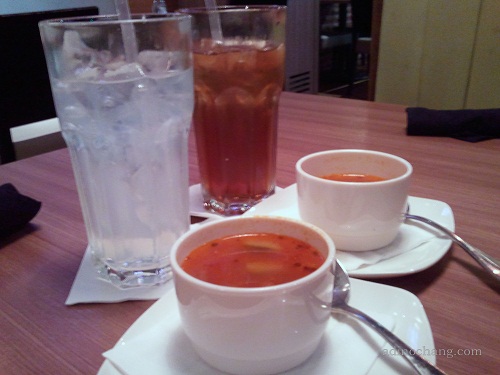 We tried two dishes. First up was a pork burger served with (lots of) fries.

It was really good. I remember the pork patty being juicy and succulent. The serving size was quite satisfying. 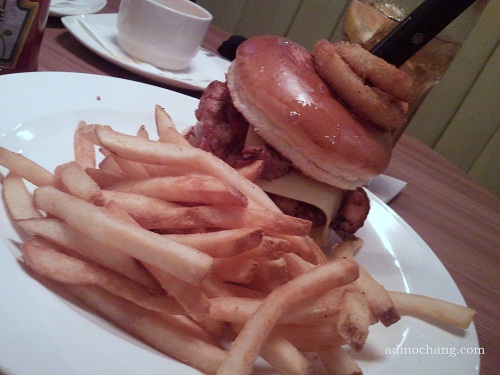 The second dish we ordered was their famous pork ribs, served with a whisky sauce. They set the whole thing on fire right there at the table to burn off the alcohol!

I didn’t really like the whisky flavour, but the ribs were okay. The portion was a little small for me though. Maybe I was comparing to beef ribs haha. It comes with a basket of fries and some coleslaw. 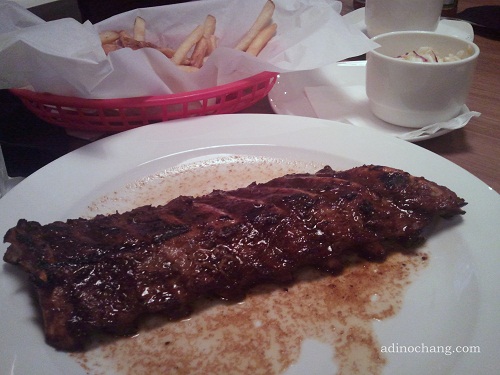 We enjoyed the meal very much. I think it’s nice any time we can just have a meal without the kids. Plus the food was quite different compared to our usual.

The total price was less than RM80 after tax.

3 thoughts on “Wedding Anniversary Lunch at Chicago’s One Utama”