I know it’s almost the middle of December, but I’m still publishing some photos of Caleb taken from last month.

As at November, Caleb is three months old.

To record down his physical development, he can flip over from his back and vice versa. He can raise his head up to look around.

His arms and legs are gaining strength. He doesn’t have the co-ordination to grasp items, but he can reflexively grasp our shirt.

He has grown much taller and heavier. In terms of body size, he’s wearing the same clothes Daryl used to wear when he was six months old. If Caleb continues growing at this rate, he will be bigger than Daryl!

Caleb doesn’t like to spend a lot of time on his back. Within seconds he will turn over, so we can’t leave him alone on the bed anymore. He might roll off the bed!

He smiles when he sees Rachel or Daryl around. I think Caleb enjoys being the centre of attention.

Caleb also likes to suck his thumb and all his fingers.

In terms of mental development, I don’t know how to describe it but I can see he is sentient. You know, like there’s an intelligent being looking back at you.

When they reach a certain age, they start observing the world. They have memory and remembrance. Now Caleb is at that stage. He’s starting to observe me when I look at him.

And I know that he knows who I am.

So our relationship as father and son moves to another level. Previously he may remember my voice or my scent, but now I am starting to register in his brain as daddy.

It’s the same with his brother and sister. They’re starting to play with him, and he can recognize who they are.

In terms of personality, he seems to be quite cheerful. He can be quite talkative.

He is relatively easy to take care of. He’s happy if you keep him fed and changed.

Thank God his health is good. He hardly ever gets sick compared to Daryl.

His diet is still 100% breast milk. He’s putting on weight and getting chubby. And the chubbier he gets, the more he looks like Daryl.

In the next few weeks we’re just hoping for him to continue getting stronger and avoid getting sick.

Poey Chin keeps hoping he will stay a baby and I keep hoping he grows up a bit quicker haha. 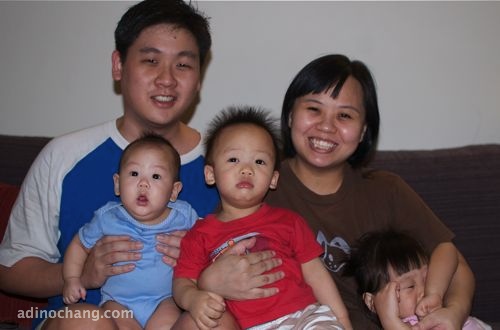 Our failed attempt at a family photo, because Rachel was making funny faces.

Caleb always has this surprised look.

One of the coolest things about having kids, is seeing elements of yourself in them.

I don’t have many photos of myself as a baby, so you might have seen them before.

I’ve got this photo of my mom carrying me while I was a baby. 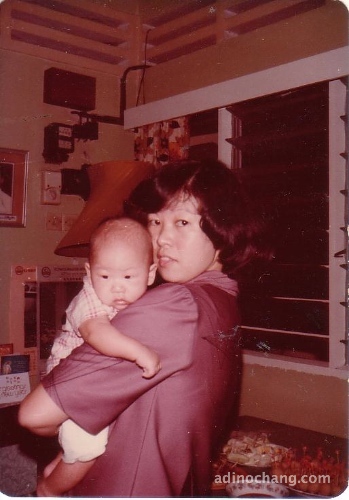 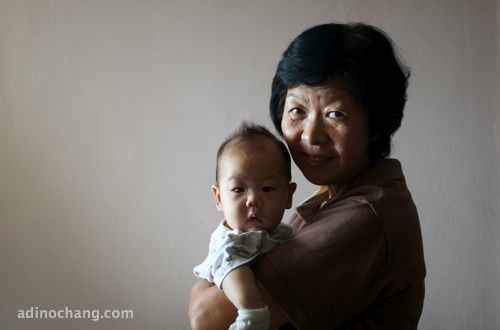 I could stare at those photos all day.

Mummy doesn’t look like she has aged at all.

I wonder if my digital photos can survive decades until the children have their own kids.

I imagine they would be comparing photos of themselves with their kids too.

I’ve recently changed my Facebook profile photo to this:

It’s just so funny and naughty at the same time haha.

We were trying to take a photo together, and I could see Caleb’s expression reflected on the camera lens. So I tried copying him.

But revealed the secret that I’ve gained weight though… so shy. 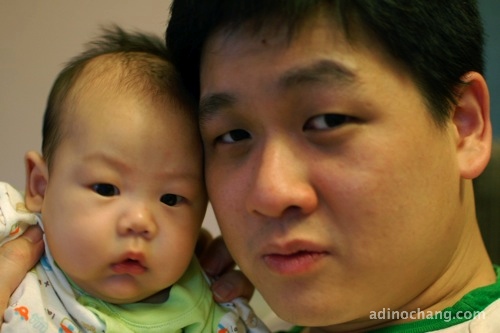 Daddy and Caleb smiling at each other.

If everything goes according to plan, I will take a day off work today to take Poey Chin for a day away from all the stress at home.

She deserves a break. At first I suggested a visit to the spa but we don’t really have a lot of time.

So probably just a movie. Otherwise we could end up browsing at the baby section of Jusco again.