Just bought a Samsung GT-I9000 Galaxy S at the Maxis Center in Sunway!

Took advantage of the promotion from Maxis, and got the phone for RM1699. I was thinking so hard about this, knowing that I could not afford a smartphone like the iPhone.

Update: Read my experience after using Samsung Galaxy S for one month! 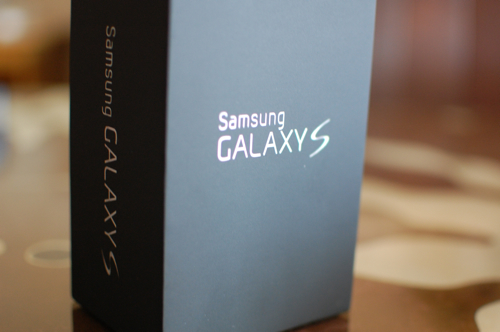 Why I Chose the Samsung Galaxy S over the iPhone 4

The exterior of the phone looks rather like an iPhone 3GS. You can check out Samsung Galaxy S or “vs iPhone 4” reviews on YouTube to see the phone in action.

Like the iPhone, this Android phone has no physical buttons at the front except for the home button.

The 4 inch Super AMOLED screen is one of the best in the market today. Of course the screen resolution cannot compare to the iPhone Retina IPS display, but I can’t see any pixellation when I put the phone close to my eyes. So I don’t know if the retina display would have been an improvement (for me) or not.

The size of the phone is not too wide, it is slimmer than the iPhone 3GS and fits well in my jeans pocket.

Some online reviewers mentioned that the plastic back makes the phone look cheap, but you can’t really tell that it’s plastic until you touch it (and it doesn’t look cheap!)

The battery life is average. I was playing with the phone for four hours straight (not even watching movies) and it used up 50% of the battery. So I would say that the iPhone still wins in the battery life category.

The phone comes with 16GB of internal storage, but there is a Micro SD card slot that can handle 32GB cards so you have virtually limitless storage capacity.

You don’t have to take off the battery to swap the Micro SD card, which is quite convenient (but you still have to remove the back cover).

It has all the standard connectivity options like Bluetooth and Wifi, which you can turn off to conserve battery life. You can even connect wirelessly to Samsung TVs and play HD video from your phone! 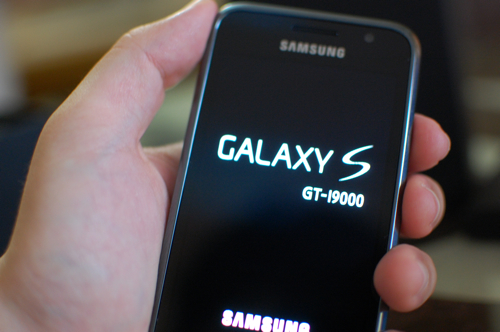 The Software and Apps

Samsung’s Android UI is a bit different compared to HTC or Motorola, but I guess it’s pretty much standard (they’re all like the iPhone).

What I love about the Android OS is they allow you to change wallpapers, have live widgets (like clocks or a stock counter) on your home screen, change fonts.

I guess the trade off here is the increased battery usage.

Another thing I love is Swype! Swype is an input method where you slide your finger across keyboard characters instead of typing one by one (Poey Chin says it’s like the Zorro method). It’s surprisingly accurate (even if you miss a few characters) and amazingly fast.

As for the apps… well… let’s just say you need to search for the gems in the midst of the junk. I’m not sure if the Apple App Store has this problem, but there is a lot of low quality apps that don’t deserve to be listed. Even the ‘recommended apps’ don’t look appealing.

Oh, and we are not allowed to purchase apps in Malaysia, so we can only use the free apps (though I’m sure there’s some way to get around this).

But not to worry, there are 100,000 apps out there. In fact, just now when I was browsing the market, I downloaded more than 15 apps!

I have yet to try a lot of apps, so I can’t really comment on the quality of apps. But so far the coolest thing I’ve found is an app that allows you to scan in a barcode (via the camera) and connect to an online store to check reviews and compare prices.

I’m looking forward for the upgrade to Android 2.2, which promises faster performance, integration with Chrome and many other features.

The phone has GPS and Google Maps, but I have yet to test out this feature on the road.

The phone comes with an eBook reader that read ePub format books. I tried to get Kindle but I guess it’s not available in Malaysia either.

Since I’ve subscribed to Maxis 500MB data plan, I have to be very careful about my 3G data usage.

The first thing I did was to install an app (3G Watchdog) to monitor my 3G data and warn me if I exceed a certain quota.

The second thing I did was to setup my iMac to share it’s internet connection via Airport, so in essence I got a free WiFi hotspot at home.

But my advice to you is to turn off automatic and background updating tasks unless you are on WiFi. How I wish there was an app to automatically enable or disable those settings depending if there was WiFi available.

The 5MP camera is comparable to some point and shoot compact digital cameras out there.

The camera does rather well in low light conditions. The following photo of baby Daryl taken at night, with yellow wall light and no flash (the phone doesn’t have LED flash). 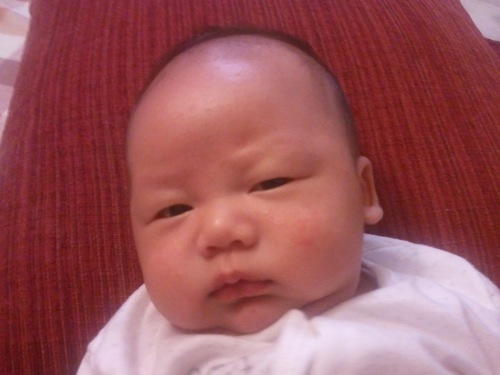 The video camera can shoot in HD, and the audio capture is really loud and sharp.

There is a camera at the front of the phone, which allows me to make video calls.

I don’t really care if the Samsung Galaxy S is touted as the iPhone 4 killer, because I personally feel both phones have advantages and disadvantages.

I love Apple computers and would probably continue to buy iMacs and maybe an iPad. If given an iPhone, I would grab it immediately.

But I also love the Android ecosystem and all the cool things happening there.

So I would say that I’m neither an Android or an Apple fanboy. I just love things that work well. It doesn’t mean that I love or hate a company because I bought a product from a competitor. 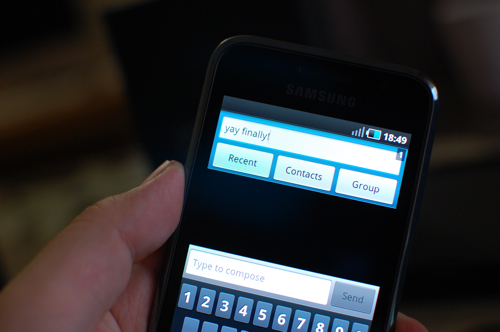 I just love the phone so much, because it combines a phone, camera, eBook reader, personal organizer, portable gaming system and so much more.

I guess any modern smartphone would make me happy, but I don’t regret buying the Samsung Galaxy S.

If you remember, I bought a Proton Persona SE for the same reasons. Lots of value added features at a lower price.

I’m happy that I managed to buy something I really wanted (giving in to spending temptation again), but then again it was at a good price.