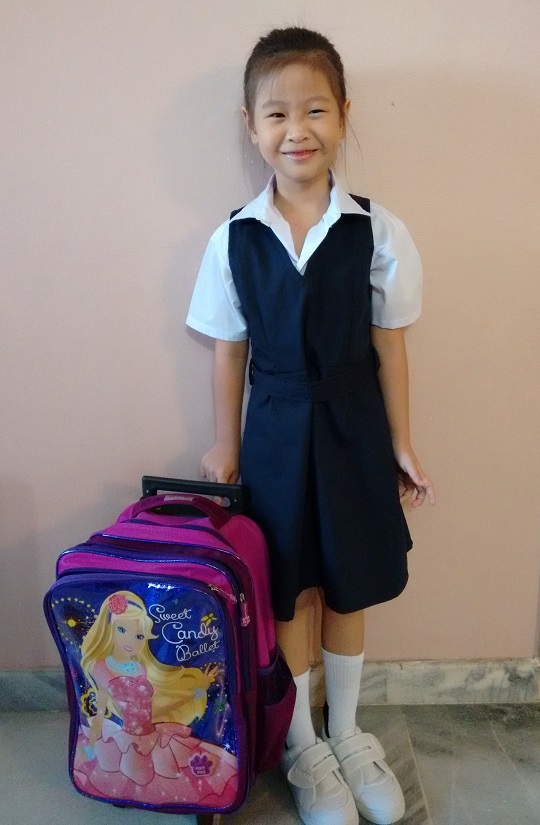 This morning was Rachel’s first day in primary school. We’re sending her to SJKC. Let’s not go into the reasons for that.

Woke up early to bring her to school because they were having orientation this morning.

Walking in the school, lining up… it reminds me of general election day haha. 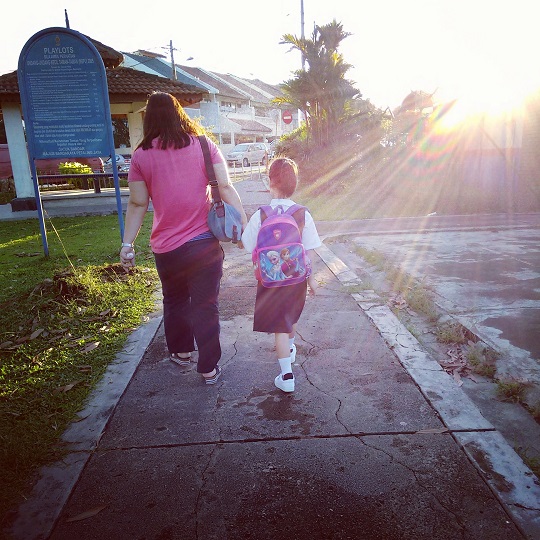 She held my hand so tight when she was nearing her class room. She didn’t want to go in but after a few minutes she sat down and we settled all the registration stuff with the class teacher.

I don’t know if she will remember me holding her hand at that moment. I just feel blessed that my girl is able to start her education in school.

It’s a big, emotional milestone for me. Because I always think far ahead to her future. Will she hold my hand the same way when she’s grown up?

But we men don’t show these sentimental emotions.

I have to confess this sudden kiasu moment I was having, trying to help her find the best seat under the ceiling fan and not too far from the black board.

I also had memories of my first day in school, my mother waiting at the canteen and wearing a blue Esprit T-shirt.

After done registration, we brought her around to look for her kindergarten friends. Some of them were in the class next door. And her cousin was in a class in the next block. She also met an older girl from day care.

It’s good to have some people she knows.

We explored the school with her for a bit.

The school looks well organized. The skeptic side of me says maybe it’s all just a show for the parents. But we’ll see.

We parents were in the school hall listening to some introduction speeches (which I only understood about 75%). Couldn’t understand those “uncommon” Mandarin words and phrases.

Rachel told me they didn’t do anything in class, but she did have some conversations with other girls about Elsa and Frozen (what else!?).

I see most schools having orientation. It’s good. Remember when we were in Standard 1? Totally lost and chaotic.

I guess the orientation also helped me to have a better understanding of Chinese school environment.

We’re just a bit worried about the transportation next Monday. Hope she gets on the correct school bus haha.

I’ll follow up with another post shortly, because Daryl will be having his first day in kindergarten on Monday.