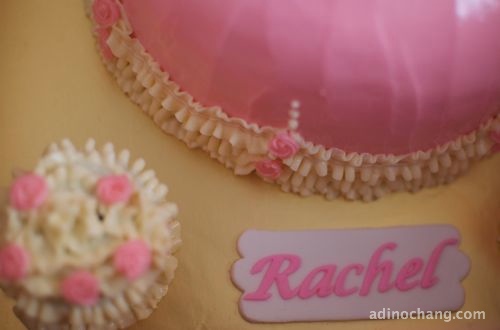 Poey Chin ordered a princess cake for her because Rachel is in a princess and fairy tales phase.

Personally I don’t really like to spend so much money on cakes but it’s their special day so I give in.

The doll is non-edible plastic, and her tiara and blouse are made from fondant. Picture of the whole cake is at the end.

The birthday girl. I took the day off work and we dropped by her daycare with some Dunkin Donuts to celebrate with her friends. We then took her out for a special lunch treat at McDonalds. 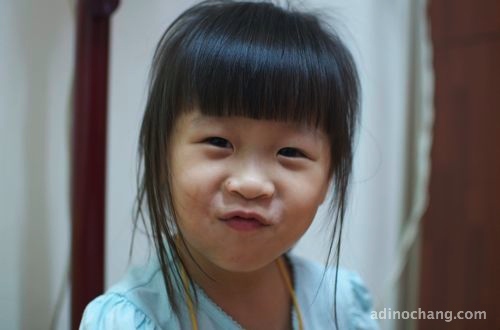 We planned a small dinner with family members that night, so we bought some party hats from a party supply store. Turns out the kids didn’t wear the hats. Some of them didn’t like the feel of the elastic string on their neck, and the rest followed likewise. 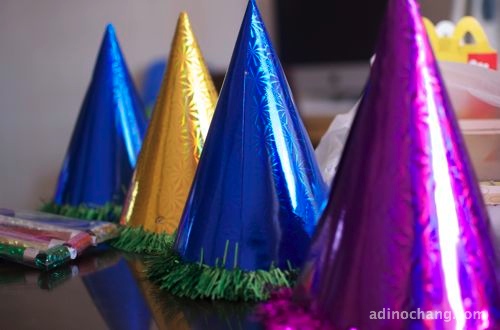 Now that she is four years old, she is getting better at understanding what we try to communicate to her. But sometimes she’s still stubborn.

Okay, now is not a good time to talk about that. Maybe another blog post.

She has some weird habits, like she must arrange things in a specific way. For example, she arranged the plastic cutlery and plates in a specific colour sequence. One colour for each party guest. 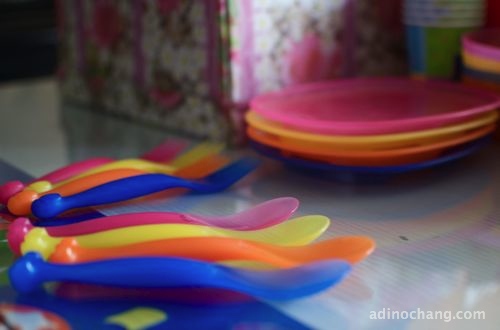 Rachel’s mummy and grandmas spent the afternoon cooking. Here’s some of the food. Some of the dishes may look familiar to you by now haha.

Lettuce for wrapping the sengkuang dish. 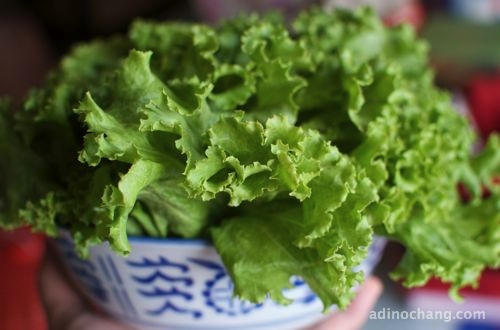 Of course, can’t leave out the red eggs. 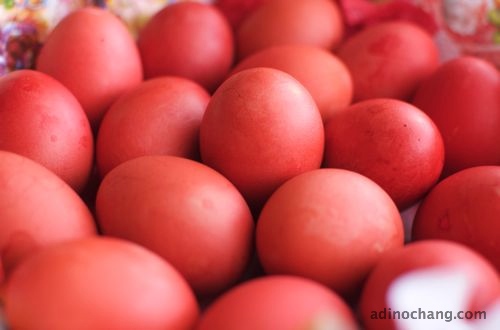 There were a few other dishes but I didn’t have time to take proper photos.

Me trying to pose with Rachel for a photograph. She wouldn’t stop making funny faces and I tried my best not to get upset. 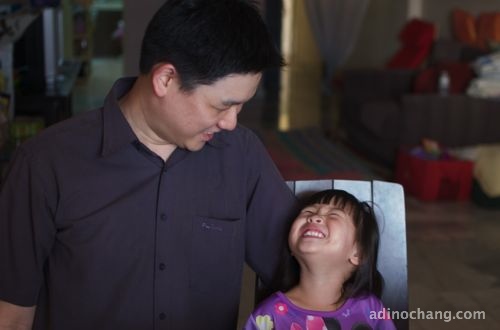 An attempt to capture a family photograph. They didn’t stop fidgeting and they wouldn’t look at the camera at the same time. This is the best one in like 10 shots. 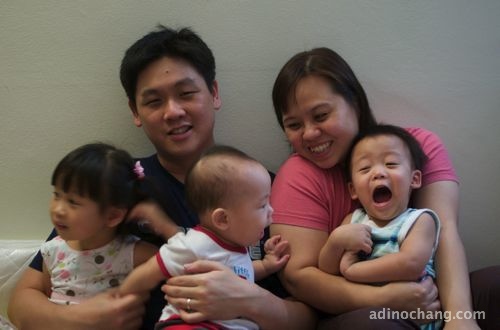 After dinner it was time to sing the birthday song. You can see the whole princess cake. Her ‘skirt’ is covered in buttercream instead of fondant (because we don’t like the fondant taste).

The two flower bouquets beside the princess are cupcakes.

We bought this birthday table cover from Toys R Us. Now, the cover is still there after Rachel’s birthday is over. Planning to re-use it for Daryl’s birthday.

Rachel was so shy with all the attention. I know exactly how she feels. 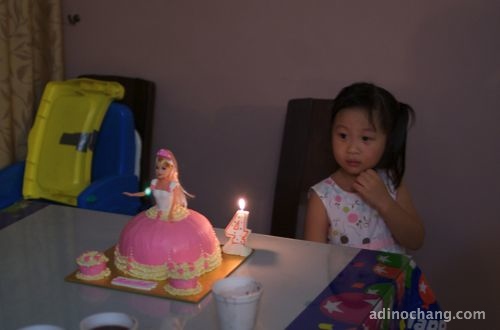 Blowing out the birthday candle with her cousins and brothers.

Rachel actually cut the cake with Poey Chin, but someone took this photo when I was helping her get the knife out of the cake. 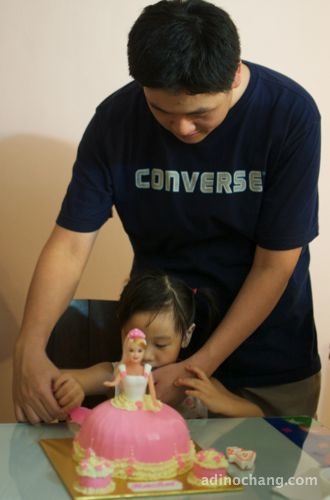 The end of another birthday, and Daryl’s birthday is coming really soon.

Thanks to those of you who attended, making her feel so special. And thanks for all your gifts. All cash goes to Rachel’s education savings, and she’s enjoying her other presents too.

That night she asked me, “daddy can I marry you?”

I said, “Cannot. I already married mummy. You will meet your husband next time. But you must ask daddy first ok? If daddy says no then you cannot marry him.”

I think she won’t remember what she said so I better record down here first hehe.