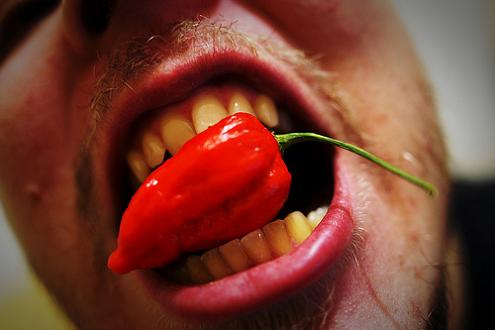 I’m going mad. I tell you that I’m losing my sanity.

I’m tired of repeating myself. I’m sick of screaming at her, trying to get Rachel to obey.

I’ve tried so many ways, but she just wants to do what she wants to do.

There is no reasoning with her.

It’s disappointing because I always imagined daughters to be sweet, gentle, obedient and submissive to their daddies.

Nowadays Rachel will easily go into bouts of tantrums that could last hours. She will scream, whine and kick if she doesn’t get her way.

It could be triggered over the smallest things, like not making her milk fast enough, not taking her out, or even Poey Chin carrying Daryl.

I’m okay if this happens once in a while. But it happens multiple times a day.

Even worse, she is now starting to be rude to us. She will point her finger at us when she doesn’t like something. She will glare at us.

Then there’s her curiosity. Last night, after we’ve changed her and gotten her ready for bed, she dipped her hands in Daryl’s diaper rash cream and smeared it all over her clothes and body.

As you know, diaper rash cream is water proof and really hard to clean!

Curiosity is good, but why does it need to happen at 11pm?

And I hope we’ll move on to the next stage soon. Otherwise it’s going be game over for me.

Being really honest and open with you all, I’m miserable at home. Sometimes I feel like escaping to the office or somewhere else.

But that just makes me as a bad father and a selfish husband, doesn’t it?

So you see, I lose either way.

I’m really ashamed to meet any of my neighbours because our home is just so noisy all the time.

Sometimes I look at Daryl and I really have fear in my heart. I don’t know how I can go through it again in two years time.