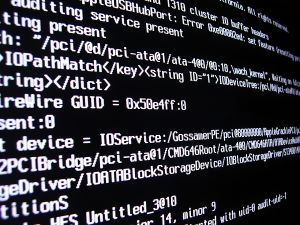 It’s the end of the year. Another batch of secondary school students will graduate soon.

I don’t envy the position and choices they are faced with. The decision they make will cost their parents a lot of money and will influence the next few years of their lives.

How do you know which career is best for you? How do you choose a career after graduating? How can you find your industry? What are the best jobs?

I think about this fact and think back to my schooling days in SM Subang Utama.

I remember many friends who were not sure of their career choice. Some of them went for a matriculation or A-levels program (I suspect) just following the crowd.

I was about twelve years old. Uncle Johnny gave me a BASIC programming book as a Christmas present. On the cover was a robot on skis going down a snowy slope.

The book was about 80-100 pages, and it was filled with code that I didn’t understand. I was so fascinated by the games that could be made with this programming language called BASIC.

I looked at the pages and imagined that I was playing the games. I studied the programming code, and then I understood what they were supposed to do even though I didn’t know some of the commands.

Somehow, the logic printed on those pages made sense to me.

I remember Uncle Johnny telling me that a programmer can do many things, can create interesting systems.

At that time I did not have a computer.

I remember spending a lot of time on the word processor writing stories that had elements of Star Wars in them (I was already a level 3 geek back then).

Then my friends introduced me to games. I spent countless hours over the skies of Iraq dispensing hellfire missiles and killing enemy helicopters in an A-10. I terrorized the skies of North Korea in an F-15 Eagle.

I laughed at the mishaps of Guybrush Threepwood, and built formidable turret defenses in Dune 2. My friend MH even figured out how to hack the saved game files with a hex editor to give unlimited gold.

I destroyed countless death stars and star destroyers in an X-Wing. I escaped from a Nazi camp in Wolfenstein 3D.

One thing I learned on this PC: mastering the MS-DOS operating system. Within a year I was reformatting the PC. You will be surprised how quickly you can learn how to configure an OS to maximize memory if you are limited to 1MB RAM.

I remember going for every MicroFest.

A few years later, the 286 computer was damaged by lightning. My dad bought me a 486 with the luxurious amount of 4MB RAM.

This computer came with a CD-ROM drive, and it had SOUND!

Ahh, the countless hours I spent on Command and Conquer, Day of the Tentacle, and many other games.

I asked my dad to buy me a C programming book I saw in MPH because I wanted to do some serious game programming. He bought it but scolded me for wasting so much money on expensive books and computer software.

I guess from his perspective, he was spending all this money and I was only playing games.

I totally stopped playing games for 1 year to prepare for SPM. What a long year that was. After SPM I booted up my computer and went on a gaming binge for weeks.

When it came time for me to choose my career choice, I naturally chose software programming.

This was an easy decision for me because:

The Influence of Games

I’m sure you can see how much time I spent on games. My wife totally disagrees with me on this, but I feel that the time I spent playing computer games was not wasted at all.

Of course, there are negative influences as well:

I will not allow my kids to have as much freedom with computer games as I had. Reasons:

I may sound corny, but I think my career chose me instead of me choosing my career. You can say it is my calling.

I was made for programming. My brain is wired for it. I love doing it and I get paid for it.

At this point of my life, I am doing less of programming. Slowly, my role is to lead others to do the programming rather than doing it myself.

I am no longer able to spend the long hours at work, now that I have a wife and one and a half kids.

I don’t have any regrets. I enjoy my work, and it has been very rewarding. I have been fortunate to find a very good work place.

I hope that I have justified my dad’s ‘investments’ in my computing adventures. Time to repay his generosity in whatever ways I could.

If I had to do it all over again, I would still choose programming.

I have to end this chapter of my autobiography here. I got to check on my Facebook games before I head to work.

3 thoughts on “How I Chose My Career”