Sounds like the title for a children’s book haha. Here are some photos we’ve taken when we went to the park recently.

This was the second time we came to the park. Daryl really enjoyed running around the track.

I was so worried he would fall in the lake but so far he hasn’t tried. We still hold his hand though. 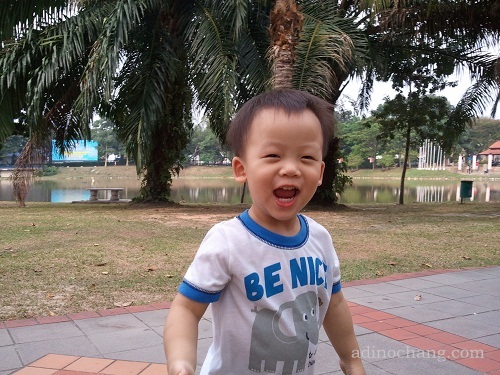 A family photo when we arrived. Daryl was so excited he couldn’t stand still. Rachel was staying with my parents.

Daryl tripped and fell on the grass. In this photo he was cleaning off and checking for grass on his hands. 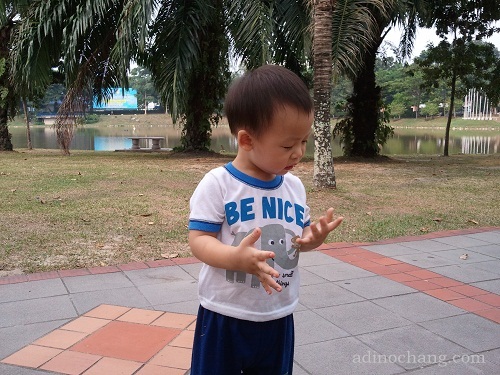 Caleb was having a good time. He can’t walk yet so we take turns carrying him around. 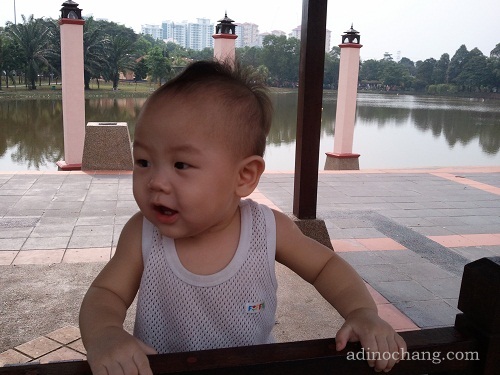 Caleb is quite stable on his feet. Now we just need to encourage him to stand without support. 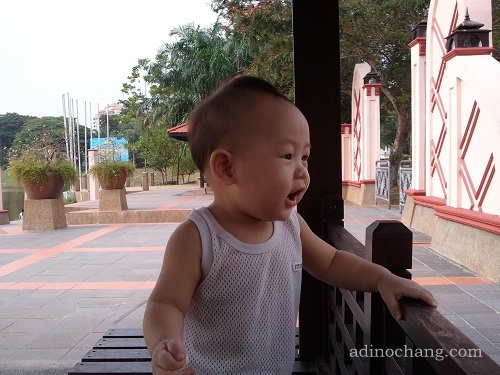 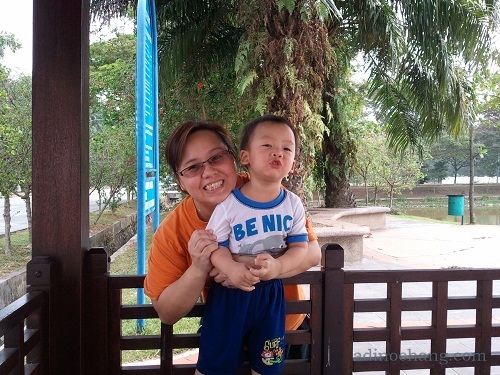 One more photo. Daryl looks so cute is his exercise outfit. We have to get new shoes for him soon. We got this pair for him six months ago and now it is getting tight. 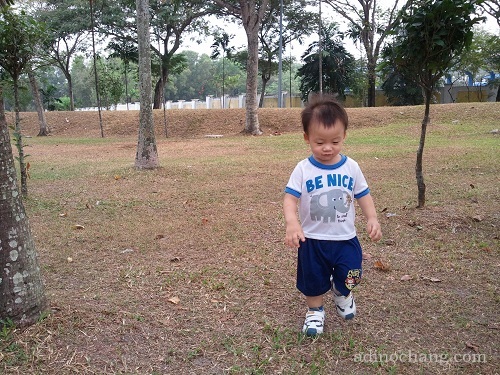 I enjoyed showing things to Daryl, like feathers from a crow, red ants, and fish in the pond. He would see some boys or adults jogging and he would  imitate them.

We’re hoping to make it a healthy weekly family activity.

3 thoughts on “Fun at the Park”