Today I have a pleasant memory to record down in this blog.

This morning I woke up early because I kept coughing. I went to the living room and played games on my phone. Caleb woke up too and came over to watch me play. He was so fascinated with my game Cow Evolution. 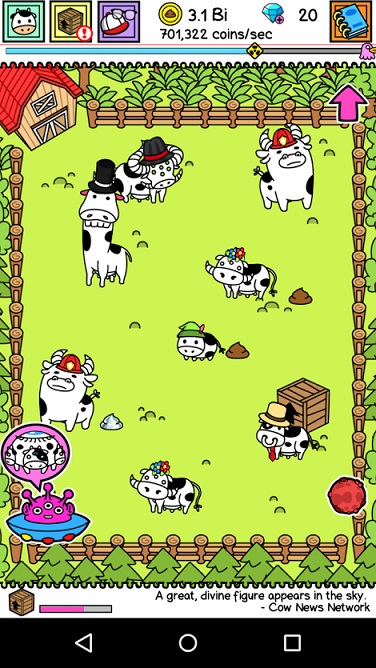 In the game, you get these wooden boxes dropping from the sky. Open the box to find a cow. Match two same cows to make bigger cows.

I put down my phone and he took over the game. After opening each box, he would pause for a while to see the cow move around.

Then he would try to make a match. We giggled together after each match. He kept saying he wanted to feed the alien. (I wondered where he learned about aliens).

It was nice having him sit next to me like that. We hardly get to do that anymore. Either he’s running around playing, or he’s distracted with something else.

I miss those times when he was two years old. Each morning I would have “daddy and son time” with him at home while Poey Chin fetched the older kids to day care.

I’ll try to spend more time playing with him and the other kids. Maybe record my memories here on my blog so I can remember.