We were not planning to go, but at the last minute Rachel was blessed with two free tickets.

We decided that Rachel would go with Poey Chin, and I would be the driver.

We decided against bringing Daryl because he could get scared of the dimmed lights and the loud music.

So I took the day off and we made our way to KL city centre.

We arrived after a an hour’s drive and took some photos before the show started.

They had some Barney merchandise for sale. 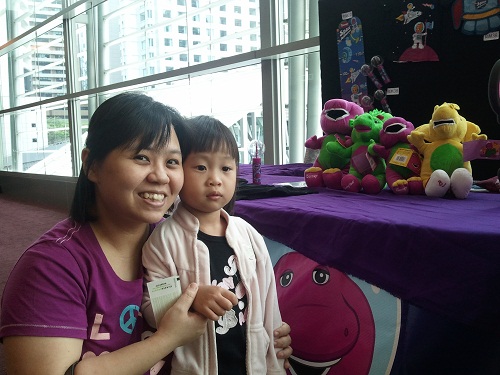 Rachel was really excited though she didn’t show it in this photo.

Poey Chin went over to the box office to collect the complimentary tickets, and we were so surprised to find out they were the RM300 seats!

Here’s a photo of the show. 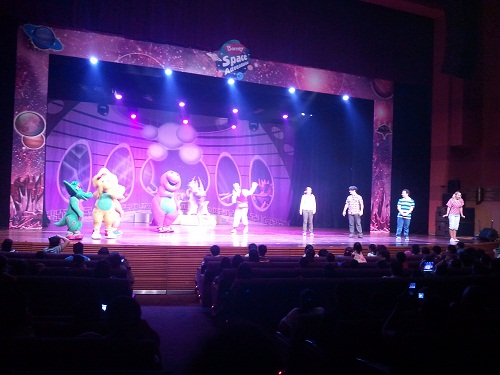 You can see some parents recording the entire show on their phones and iPads.

Rachel was quiet through the show, and she didn’t really participate in the dancing. After the show it was a different story.

Since we only had two tickets, I went off to KLCC during the show.

I wanted to find a place to sit down and read my book, but the place was so packed, even on a weekday! 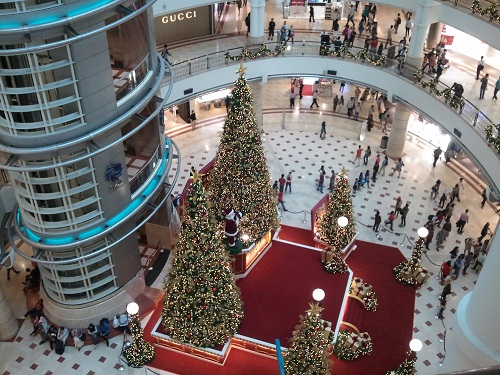 The entire mall has changed so much, I was amazed as I hadn’t been there for over 5 years!

Some of you from outstation have probably been to Suria KLCC more times than me.

I couldn’t find a place to sit, even the restaurants were packed at 3pm. Well, the Japanese restaurant looked kind of vacant but I couldn’t afford to eat there. So I made my way back to the convention centre to have a snack at the food court.

Later Poey Chin told me that some parents were allowed to enter with only two tickets, with the idea that their child had to share seats with them. But in the end the hall was not filled and there were plenty of free seats to go around.

Some of them even moved up to the “expensive” seats.

The show was over in less than 2 hours, so we quickly rushed back to the car to make our exit from the city.

Unfortunately we were caught in the evening rush hour (and it rained!), so it took us another hour to make our way home.

I was tired from all the driving and walking, but Rachel really enjoyed herself and I think she will remember the special day.