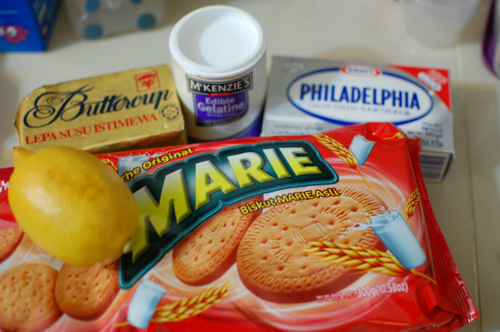 Last Saturday my wife the talented cook decided to whip up some spaghetti for lunch, and I decided to photograph and blog about it. This is a quick recipe that you can prepare in less than 20 minutes.

Before I begin, I know some purists out there will say that this isn’t pure spaghetti bolognese (or bolognaise if you’re French). That’s why I call it Spaghetti Blog-naise a special pasta recipe for bloggers 🙂

Put the spaghetti soaking water into a pot and bring to a boil. Remember to cover the pot, and you can reduce the heat once it starts to boil (Another tip, once water reaches boiling, additional heat is wasted)

Heat up your oil in a pan and start frying your onions and tomatoes.

Put in your meat and make sure it gets cooked.

Add your tomato paste. We used half a jar. Add some ketchup, then stir to make a consistent sauce.

Once the water is boiling, put in your spaghetti. It will be ready in 3 or 4 minutes.

When the sauce starts to simmer, add in some Campbells Cheese and Herb Mix. As an alternative you may add cheese later.

Feel free to customize this recipe with your favourite ingredients!