Last week I told you about how I lost my wedding ring.

Before the blog post was published, Poey Chin was quite okay with losing it. She could joke and smile about the situation.

Then she started feeling sad about it because of the significance and symbol of the ring.

Well, something amazing happened. In fact, it seems miraculous!

She was praying for the ring to turn up, but I was the man of no faith. I was so convinced that it was gone forever.

It re-appeared a week later, in the strangest place.

She was getting a new garbage bag when she saw something heavy and shiny at the bottom of the garbage bags.

It was my ring! 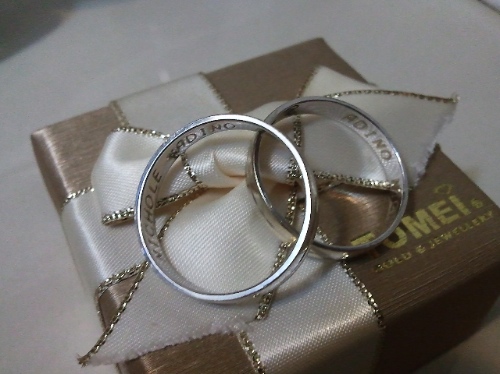 It turned out that my ring had dropped into the new garbage bags instead of being dropped in the trash.

It was quite a strange place to find the ring, and it was one place we never thought to look. 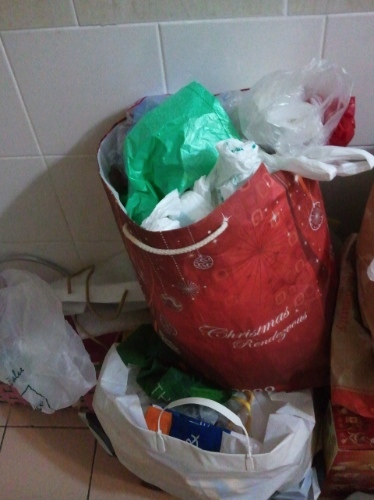 I’m so happy and relieved.

This time, I’m going to take better care of my ring. I won’t wear it any more and I will keep the ring in a little box.

Later we might put our rings in the safety deposit box in the bank.

This was a close call.