I’m not sure what came over me.

Last week I baked some bread, and this week I decided to make an apple pie.

I didn’t have an apple pie recipe with me, so I just estimated what I thought to be right.

I started off mixing 1 cup of flour with half a packet of butter (the normal oblong type you get from supermarket). I used a fork to mash it all together until it looked like mash potatoes. 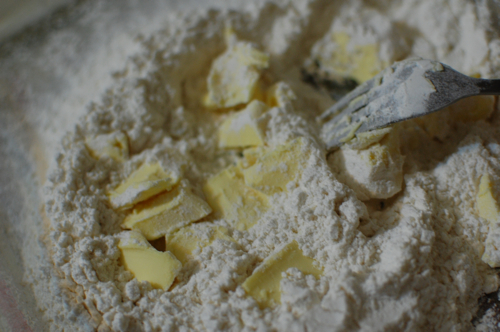 After the flour and butter became like crumbs, I added 3 tablespoons of ice water. I used the fork and my hand to knead the dough together, making sure it was mixed well.

You will know it’s mixed well when it looks like durian (hehe).

At that point, the dough seemed a little damp, but I hoped it would turn out ok. I wrapped the dough in plastic and put it in the freezer (to make it easier to roll later). 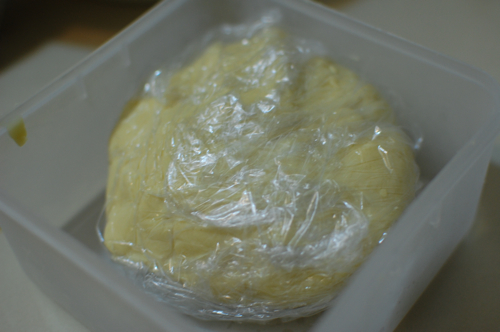 I peeled and sliced two medium apples (those RM10 for 6 size), draining them dry and coating them with 3 teaspoons of brown sugar (you can adjust according to your taste, but generally the apple should be sugar coated). 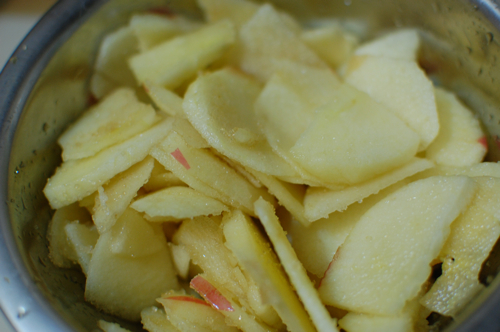 When the apples were ready, I removed the dough from the freezer, broke it in half and rolled with a rolling pin to make the base. By that time, the dough wasn’t damp any more and just right for rolling.

I didn’t have any baking dish so I used the metal plate we normally use to steam fish.

I made sure there was a bit of extra pastry at the side, then I lined the apples over the pastry, filling in all the gaps.

Made a mistake here, the apples were still too damp! 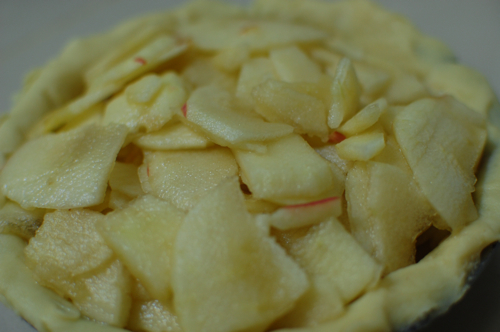 I rolled the other half of the dough to cover the pie, squeezed the sides shut and removed excess dough.  Then I used a fork to poke some holes to let the steam escape. 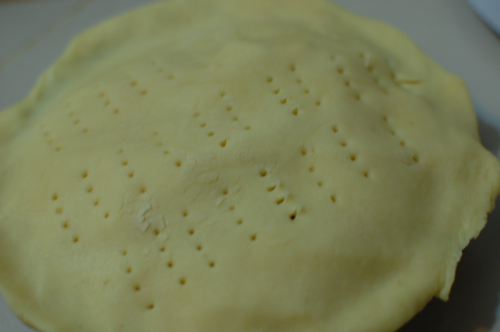 I had a bit of extra dough so I made some dough strips and decorated the top. 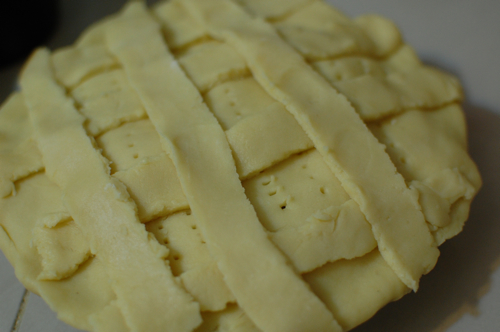 After it was done, I left it to cool while taking some photos. 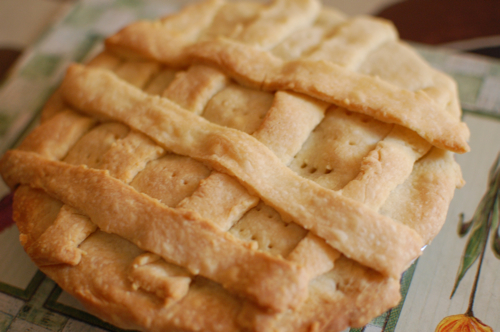 Took some close ups and wondered if a macro lens would get better shots. 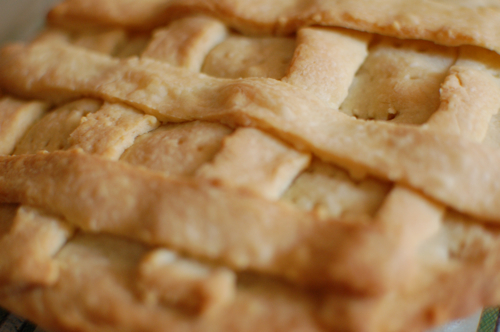 I cut a slice and served with some ice cream. 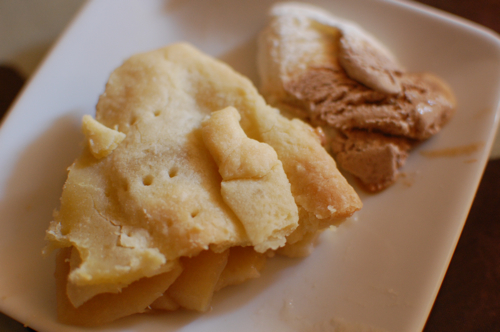 The bottom of the pastry was a bit damp. I saw some apple juice accumulated at the bottom. But the taste was alright.

Disclosure: This wasn’t the first time I made apple pie, but the last time I did was 20 years ago while helping mummy.

Next time I will have to make sure the apple is dry. Some cinnamon would also be nice. And maybe I don’t have to poke so many holes in the pastry.

4 thoughts on “I Made Apple Pie”