Before the year is over, let me share with you some photos of baby Daryl.

He has gone through a sudden spurt of growth and development. His weight is now 8 kg. 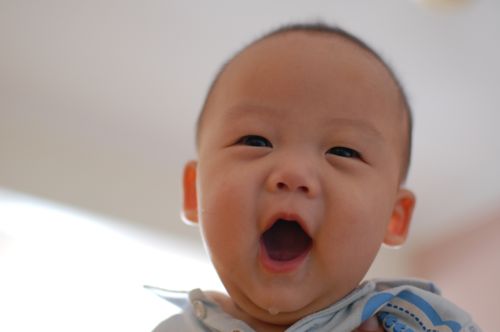 He can now sit unsupported on the floor. Sometimes he gets distracted and loses his balance. He will then topple over and won’t know how to break his fall with his hands. This is why we always let him sit on a play mat, mattress or carpet. 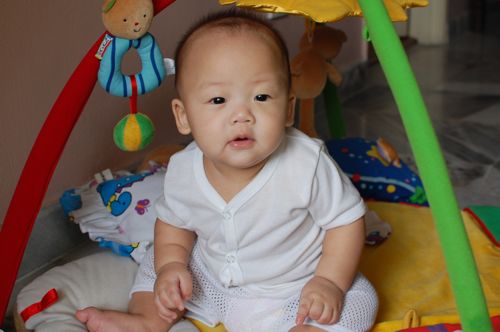 I don’t know if all boys are like this, but he can focus and pay attention to toys, story books or cartoons for short periods of time. Rachel couldn’t do that until a few months later. 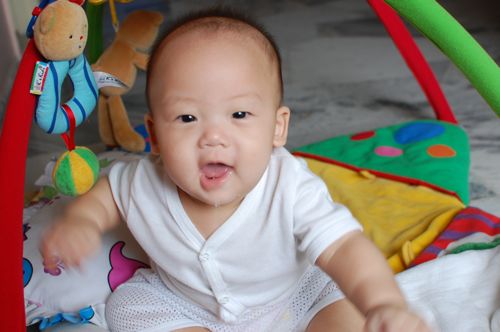 Daryl’s cute laugh and smile. I don’t know if any of you experienced parents can tell if his teeth are coming out yet or not. He’s certainly drooling a lot but if he follows Rachel, the teeth will only come 3 months later. 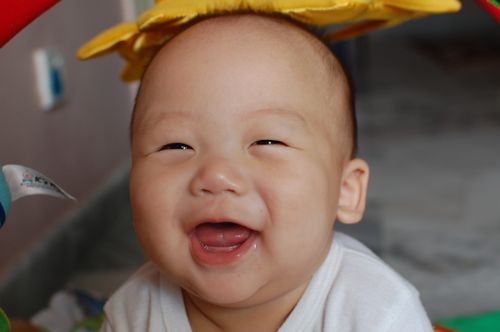 His hair is growing longer, from this angle you can see it’s brownish. His hair is slowly turning black. 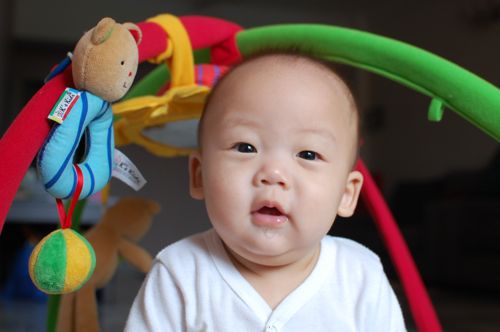 He’s almost at the time when he learns how to crawl. He pushes himself backwards but can’t move forward yet. Sometimes he tries to move forward ‘worm’ style but he gets stuck. 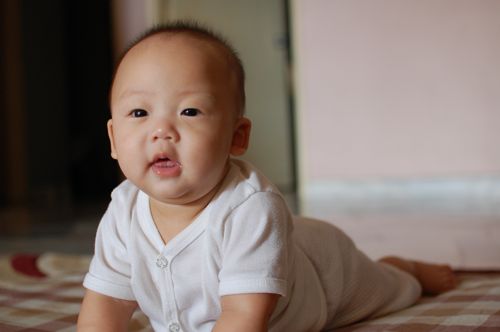 His arms and legs are strong enough to support his weight. 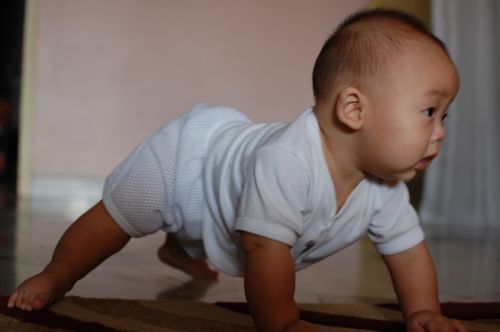 We let him sit on a baby chair now, so we can free our hands to eat our meals. 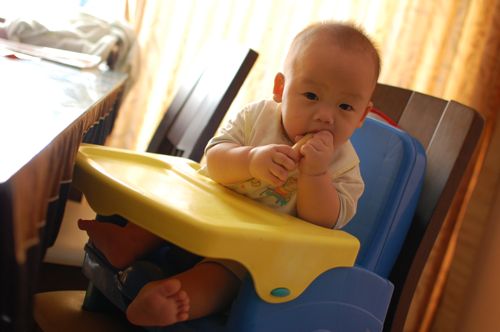 We’re also starting him on semi-solid food. The following photo shows him eating some rusk biscuit. He can take baby cereal now. 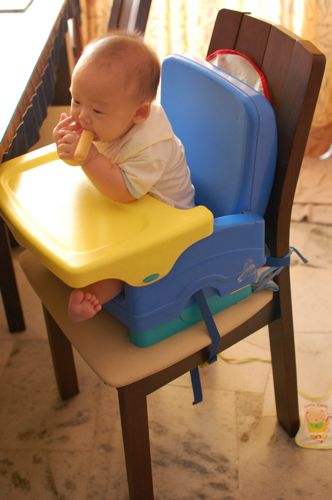 This month he also had his first illness. He was vomiting and purging for a few days, getting some kind of virus from Rachel.

He’s even starting to make a few mono-syllable sounds like ‘da-da’ (yay!) and ‘raaaaa’.