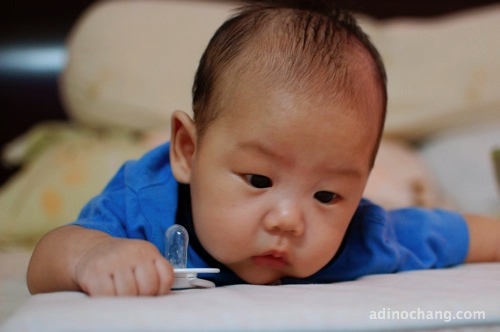 Managed to take some photos to share with you all this week. Well, actually Poey Chin took some of these photos. Thanks to her, we managed to record this moment.

Caleb can now put his head up!

When we hold him in sitting position his neck is strong enough to keep his head upright (instead of flopping forward or backward).

Looking in front and still a bit cross-eyed. 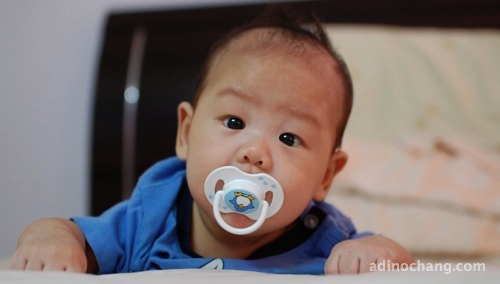 One effect of his moving his head, is he’s starting to move around in his crib too. Now he can turn up to 45 degrees and can even push himself backward off his pillow.

I love this photo of him sleeping. So peaceful.

He is getting chatty. He will make cooing sounds when we talk to him.

He is also smiling a lot. Here are some photos of his sweet smile. 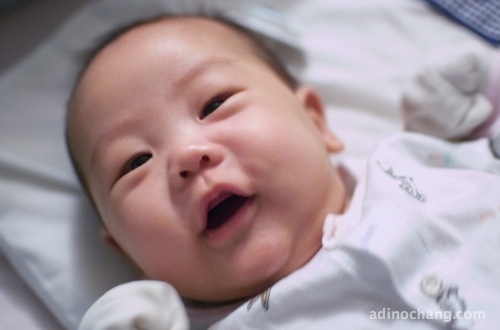 Would you believe I took this photo with my yellow bedroom light? Finally discovered I could adjust white balance to remove the yellow cast hehe.

Big smile from Caleb. Translated from Chinese phrase, “smile until can see the gums”. 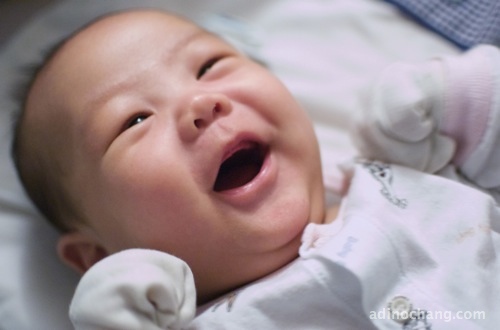 There are more photos scheduled for this week so stay tuned!

Since it’s the last day of October, also want to mention that I’m so happy. For some strange reason, my October AdSense earnings were quite high compared to normal.

Not that it’s a lot of money involved. Maybe I can order a few cups of teh tarik… but I’m just happy for the unexpected bonus.